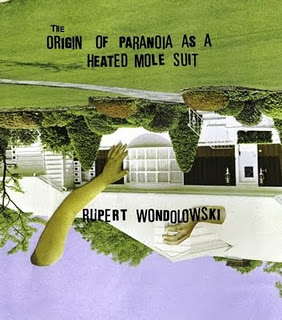 “It is as good as the title would mandate being to warrant having such a bad ass title on the cover. The poems here are amazing and weird and funny.”
HTMLGiant

About Rupert Wondolowski
Rupert Wondolowski is the author of The Whispering of Ice Cubes, Humans Go Outside to Hurt You, and a few others. His work has appeared in Murdaland, Lost and Found Times, Rampike, Open 24 Hours, Fell Swoop, Rock Heals, Peek Review, and numerous other literary journals. He is the editor of The Shattered Wig Review and host of the erratically held Shattered Wig Nights at the glorious 14 Karat Cabaret. He occasionally gets to read his work on WYPR’s treasured program “The Signal” and to pass judgment on authors far more accomplished than himself in book reviews in Baltimore’s City Paper.
[goodreviews isbn=”9780982081303″ bookinfo=”off” buyinfo=”off” grbackground=”f7f7f7″ width=”640″]