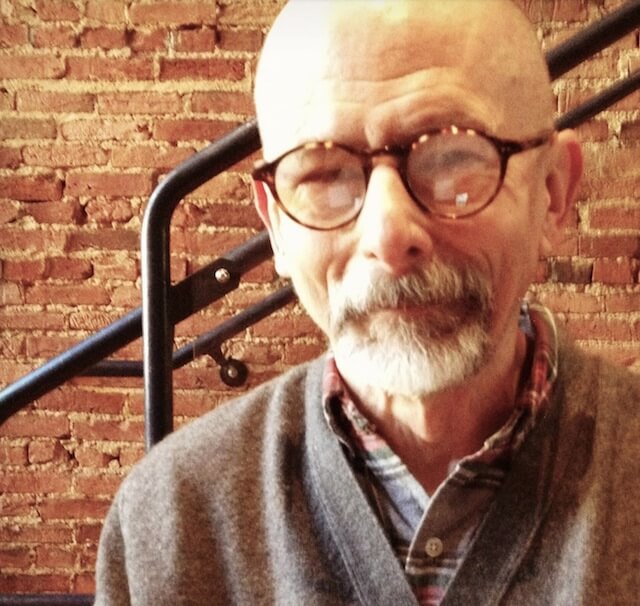 We are pleased to announce the winner of the 2014 Chris Toll Prize. After considering many dozen excellent and fitting manuscripts, and after long discussion, the committee of judges decided on My Friend Ken Harvey, a collection of poems by Barrett Warner. More information about the chapbook, including an excerpt AND an original, never-before-seen cover collage by Chris Toll, is coming soon.

The winner receives 25 copies of the book and cash. Chris was an ardent believer in paying poets for their work. Barrett Warner is a compulsive reader and book reviewer. Known for his witty touches, since 1982 his short stories and poems have appeared in California Quarterly, Southeast Review, Comstock Review, Freshwater, Natural Bridge, Gargoyle, Slipstream, Quarter After Eight, and many other places. His chapbook, Til I’m Blue in the Face, was published in 1995 by Tropos Press. A migratory sociopath by nature, Barrett is also inherently lazy. In fifty years he has moved only twelve miles from his birthplace in Westminster.

You can preorder My Friend Ken Harvey now for $7. All proceeds go to funding the prize.

Find out more about the prize and the previous winner at PGP’s tumblr. Read hundreds of tributes to Chris Toll at HTMLGiant.