Oh hi I didn’t see you there

Too long, friends, too long. How’s everybody doing?

Thought I’d take some time to write a blog post while my new phone is getting set up. 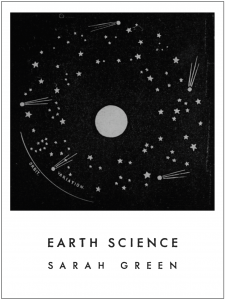 Feel excited about some cool stuff in the indie lit world, like Amy’s press 421 Atlanta. I’ve been designing those books and reading them and they are awesome. She’s putting out four books this spring. Awesome poetry about poetry stuff and a book of flash fictions all about murder. It’s groundbreaking and Amy is digging in just right. Today I helped her mail out a ton of copies of Earth Science by Sarah Green, sending to the people who preordered and to the reviewers on her list. It’s exciting to see a small press that’s so active and really successful. I’m very optimistic about what 421 Atlanta is doing. It reminds me of the best things about the small press world.

Check out this one, Murder by Jane Liddle. There are six different cover colors: 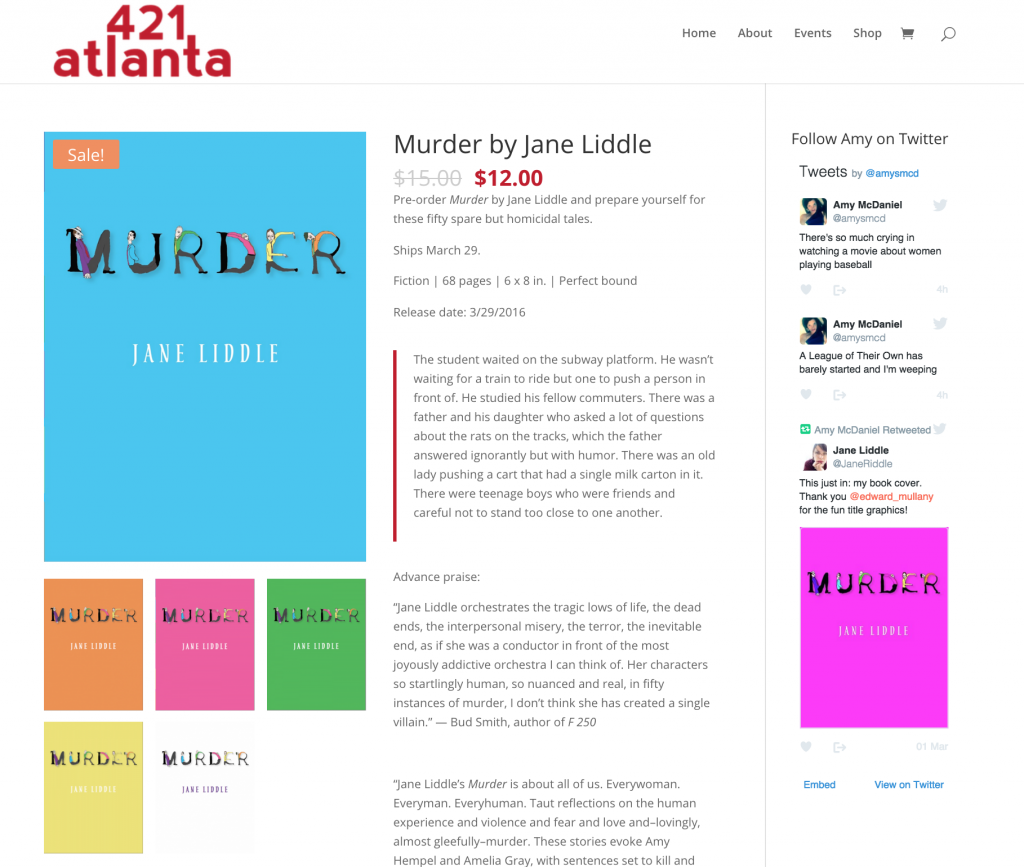 Murder has a name, and it is Jane Liddle

As part of my job, I also helped Amy build that website. You can buy books there! Another cool press in Atlanta is Jellyfish Highway, which is run by Justin L. Daugherty. Along with Matthew Fogarty, they’re putting out books like The Farmacist by Ashley Farmer—which you can read about at this Real Pants post (are you following Real Pants on Facebook? I just scrolled through and noticed how good the articles are there), all about how she revised her book. There are some excerpts that show her changes. It’s inspiring.

Jellyfish Highway also just put out a book called Your Sick, a collaborative collection of microfiction by Elizabeth Colen, Carol Guess, and Kelly Magee, and now they’re about to launch another book called Daughters of Monsters by Melissa Goodrich. I ran into Justin at a reading last weekend and he described it as a “prize book,” meaning that he expects it’ll win all kinds of prizes. JH had a contest and I won it so I get these books for free. I haven’t seen them all yet, but from what I have seen, their books are really well designed and produced.

What’s up with these Atlanta presses, putting out tons of books really fast?

What’s up with PGP?

As for Publishing Genius, I can’t seem to get my act together, but I do have two books to announce. One will be out on April 26 and the other will be out in late summer or early fall. One is by Stephen Dixon and the other is by Paula Bomer—two writers I’ve always wanted to work with. It has been months that I’ve been meaning to make an announcement about these books, but I want to do it the right way, whatever that is, so instead, paralyzed, I don’t do anything.

But they’re good books and I’ll write about them soon or whatever.

It isn’t like I’ve been snoozing, though. I just relaunched the Ebook Flights site: 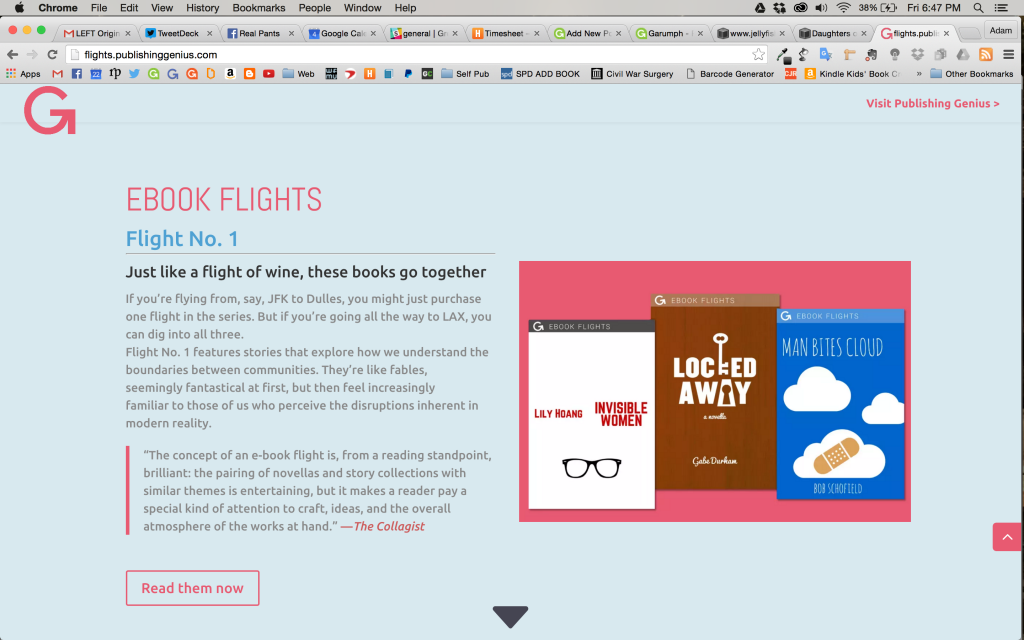 In this photo you can see my browser tabs 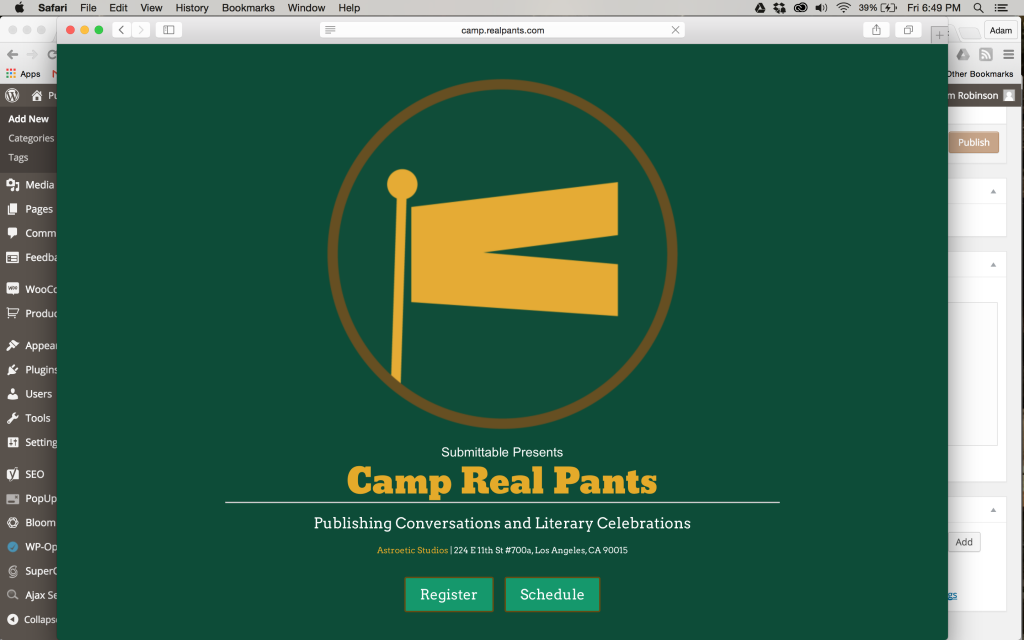 So that’s what I’ve been thinking about

How hard was it to write this post? Not very. Check out the books from 421 Atlanta and Jellyfish Highway.

I’m going to go finish setting up my phone.