People Know What Readings Are Now: An Interview with Jim Ruland

For fifteen years, Jim Ruland has run a reading series called “Vermin on the Mount.” It’s a series that travels with him, so it’s been hosted in numerous cities in the American west, but most frequently in San Diego. Since I’m located in the east, the only time I’ve ever attended a Vermin reading was at AWP several years ago, and Jim was a wonderful host in the challenging environment of the dreaded AWP offsite reading (if you’re not hip to AWP and interested in knowing more about it, read my AWP “How-To” here).

Last September Jim hosted the 15 year anniversary reading and I sent him some questions about his vast experience. True to his nature—or what I know of it, just having met him a couple times—he replied with some kind and generous and genuinely interesting thoughts on running his series.

You’ll see that at the end of our interview, Jim offers a unique opportunity to collaborate with him in the future. Seems awesome.

When you started Vermin on the Mount, did you foresee it running 15 years?

Not at all. It started as a one-off event. My friends at Razorcake asked me to set up a reading for Joe Meno. I thought it would be a good idea to invite some other writers so that we attracted more than the usual dozen people whose interests intersected with indie lit and punk rock music. While we were planning the event, one of the owners of the legendary Mountain Bar was talking about it being a series. Whoa, cowboy, let’s just see how this goes.

So now how regularly scheduled are Vermin on the Mount readings? Has that fluctuated since the beginning?

It’s always been an irregular series. I’ve had as many as ten events in a year and as few as one. I think three or four times a year is nice. People who run monthly events are insane. My feeling has always been that if I show you a schedule of readers for the season, you’re going to pick one. Vermin on the Mount is like that band that is always threatening to break up.

Do you host poets and fiction writers, or primarily just nonfiction?

All genres. I’m biased in favor of nonfiction writers because people don’t ask journalists to read at literary events and they have the best stories. I’m somewhat biased against poets because they’re all liars who are incapable of sticking to a time limit. This is my hill and I have slaughtered many on it.

To you, are readings more of a social occasion or more focused on the art of it all? What do you say to people who ask what’s the point of a reading when they process books better at home?

It’s interesting. In the U.S. readings are all about entertainment. In Europe, my experience has been that it’s more about art. I try to champion indie and edgy literature, but I read widely, and interested in bringing people together that you might not find on the same lineup. It’s the literary equivalent of pairing death metal with folk music. Good or bad, you will never see that show again. 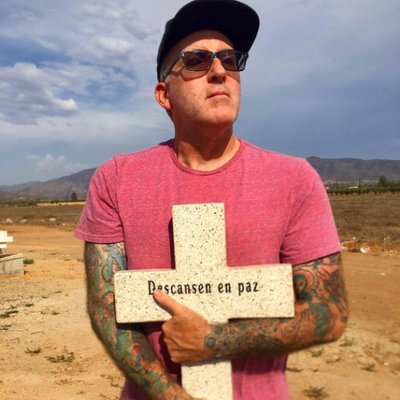 Vermin on the Mount Website
I remember attending a Vermin on the Mount reading at a restaurant at AWP one year—Amelia Gray read an amazing piece about a Trans Am or something, I think?—and the room was so noisy you could tell everyone was getting annoyed, both the people there for the reading and the people for the restaurant. It struck me as really wonderful, the way you handled it. You said to the room, “What do we call people who insist on talking during a reading?” After a few people said “assholes, jerks, etc.” you said something like, “No, nice people who maybe want to talk quieter.” Do you have any anecdotes about tough readings that turned out good, bad, or funny?

That event was wild. Amelia’s story is called “Go for It and Raise Hell” and when I heard it for the first time that night it blew my doors off. It’s in her collection Gutshot. That event was supposed to be held in a sex shop and I had a ton of dildo jokes ready to go but the venue cancelled at the last minute, which was how we ended up at a noisy bar. That event put me off readings at AWP, an organization that doesn’t care about art. Noisy venues are no fun and are stressful for everyone.

What was the biggest reading you’ve ever hosted?

The co-sponsored events with magazines and organizations do well because you’re getting people who might not know about Vermin. 150 maybe?

What was the smallest?

I made the mistake of scheduling an event in L.A. on Oscar night. Hardly anyone showed. Like ten people, including readers, at the most. In fact, one scheduled reader, Chris Abani, walked in, saw the size of the crowd, and walked right out again. He attended an event many years later though, so that counts for something, maybe. 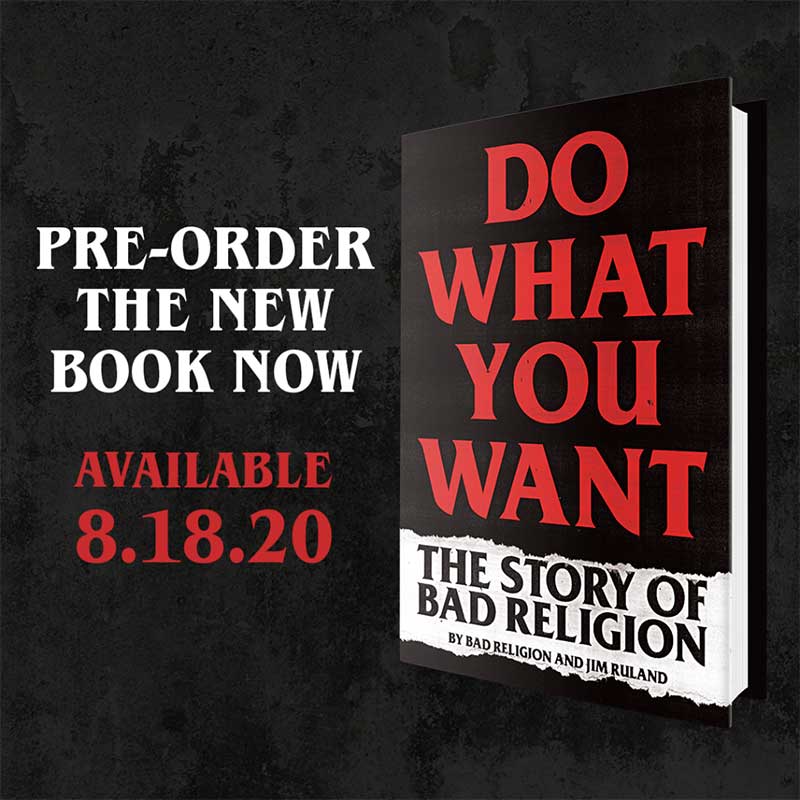 Jim’s book on / with Bad Religion comes out this summer.

Has the way you program the events changed since 2004? Do you notice anything different about audience expectations now compared to before?

People know what readings are now. We used to have our event at a bar in L.A.’s Chinatown on Sunday nights. They’d open up for us an hour early and people would wander in and be like, What the hell is this? Why are you doing this? I can tell you with absolute certainty that people now have shorter attention spans than they did 15 years ago. I used to encourage readers to read from 12-15 minutes. I’ve now cut that in half, which kind of sucks because it puts me in the position of asking people who have come from all over the city, state, country, and even the world to read for 300 seconds. That said, the reader with a book for sale who reads for six or seven minutes will sell many more copies than the reader who goes on for 15 or 20. This is science.

Do you have any tips for people starting a reading series? What’s the most important element for being successful?

I once told Aaron Burch of Hobart fame that the best thing about Vermin on the Mount is that isn’t a literary magazine. He laughed and then he murdered me. Seriously, it’s a lot less work than running a website or magazine, but it’s still work. Find a good venue. Have a theme, an organizing principle, or shtick. Put as much prep into your introductions as you would if you were reading. (And if you’re a reader who doesn’t prepare, maybe you should reconsider.) Don’t do lots of cocaine before the reading. That’s a rookie a mistake. The pros do it during the reading.

Can you share a memorable experience of attending a reading that you didn’t organize?

San Diego has some great events. There’s Last Exit by Julia Dixon Evans and there’s VAMP by So Say We All, which is always excellent. That’s not what you asked me but the people need to know.


I made the mistake of scheduling an event in L.A. on Oscar night. Hardly anyone showed.

Any new developments with the series?
Funny you should ask! As of January 1, 2020, the venues where I hold Vermin on the Mount in San Diego and Los Angeles have closed due to gentrification. That’s not a joke. I wish it was, but that’s the score. So for now, and until the foreseeable future, I’m going to take Vermin on the road. If you or your press, journal, podcast, or satanic ritual are interested in collaborating on an event, and are not opposed to losing money and friends, drop me a line.

Jim Ruland’s next book, Do What You Want: The Story of Bad Religion with Bad Religion, will be available August 18, 2020. Read all about it in his newsletter, Message from Underworld.

What’s “Message from the Underworld”? Well, Jim has an amazingly worth-reading email list that he sends out once a week. If you’re like me, then you usually delete even the emails you actually want to read without even clicking on them. With Jim’s, though, I always open, read, and enjoy the whole thing—and I’m always glad I did.