I ain’t making no metaphor: An Interview with Mitchell S. Jackson 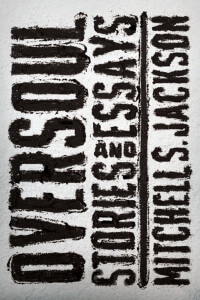 Oversoul, the new book by Mitchell S. Jackson (here’s his sweet website), is remarkable for lots of reasons. Jackson writes with a contagious urgency; the tone of the four stories and four essays drives the reader onward. Also, there’s a thematic consistency between each piece that says very clearly: I know what I’m doing. That’s good writing. But the thing I like best about the book, which HTMLGiant recently compared to the work of Junot Diaz and Edward P. Jones, is how complicated it all is. It’s brilliantly sophisticated, the way Jackson takes a cast of wicked characters with their base motivations and brings them up to a practically blameless innocence that’s founded on their authenticity.

This happens in “Serial Killers: There Are No Alibis” (which we talk about below). The essay has a format of being a psychology dictionary, but quickly it becomes clear that Jackson is chronicling the ways that he has been similar to a serial killer in the way he’s dealt with women. It’s an uncomfortable read at first. I actually thought it was ludicrous until I read it out loud to a woman I admire and found that we were both intensely engaged with the writing. What started with reading a paragraph to show how weird something was ended with the two of us reading the whole essay out loud. It was one of the best experiences I’ve had with literature in a while.

I believe it’s the honesty in the writing and the complexity in the thinking that makes it so. The story “Oversoul” is available to read at Vice. Below, I asked Mitchell about the book and honesty and self-publishing and Portland, where he grew up.

Adam Robinson: Oversoul is split into a section of stories and a section of essays. Are they both your natural mode of writing?

Mitchell Jackson: In truth the split happened because it represented the work I had that I felt was close to publishable. I came to fiction late in life, but had experience writing essays—standard academic essays, but essays nonetheless. Plus, I do my fair share of journalistic work. I didn’t start reading and writing creative non fiction or memoir until I was in college. These days, both fiction and non fiction feel pretty natural. To my mind they aren’t very different. With creative non fiction especially, I still have the freedom of fiction, I just feel more beholden to literal truth. But I’m telling the truth either way—someone’s truth if not mine.

Can you talk about your decision to self publish this collection?

Oh, that sounds like a bad word to me. I’d more so like to think of it as independently published. I started a publishing company and Oversoul was the first release. It went through—I’m not sure since I’m new to this—the same levels or preparation as other books. I had to get the work edited and edited, have the cover designed, hire a publicist, make sure the distribution gets done. When I think of self published books, I think of the books on the stands in Harlem in Brooklyn, with a camera phone picture for a cover and a typo on the first page. To me that term has been sullied to represent something other than what Oversoul represents and how Oversoul has been presented to the world. I’d put this book up against any e-book collection put out by a major. On the other hand, I’m not here to knock a hustle. If people want to self publish, go ahead, but for those of us who take the care, who put out something worthy of being called literature, art, I want there to be some distinction. This ain’t that. That ain’t this. So I’d say Oversoul is not self published. This is the first release of The Collections House, an independent press.

Well obviously I’m glad you put the investment in to make sure that you’re releasing a quality book. And I think Oversoul is all about the writing, maybe more than most books, much more than it is about the trappings of the publishing business. You put so much at risk. We’ll talk about that in a sec. But I guess I was asking about self publishing because you have a novel coming out next year from Bloomsbury, which of course is a big press. What’s that about?

My novel is called The Residue Years. It’s about a family that’s trying to hold together despite the odds. The mother is a recovering addict. The son is a practicing drug dealer. And there are younger brothers who have their own set of frustrations. It began as an autobiographical novel, but it has morphed into something a little less autobiographical, though at the heart it’s still my family story. I’m actually supposed to hand in another round of edits, like yesterday. To be honest, I’m nervous about it, but I also think that nervousness is what’s going to push me. I’m a sentence man, not a plot guy, but luckily I have a wonderful editor who is encouraging and thoughtful. To boot, I get the feeling that Bloomsbury believes in me too. I want to do right by everybody’s expectations. If anyone wants a little sneak peek, I’ll be publishing an excerpt of the novel in the next couple months. (Note: follow Mitchell’s website for more.) 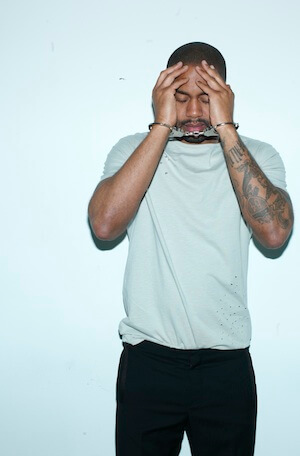 I want to talk about your essay, “Serial Killers.” It’s gut-wrenchingly honest, but you approach the subject of how men—and yourself in particular—behave toward women unapologetically. Well, you apologize profusely, but what I mean is you don’t pull any punches. What went into writing that essay? Was it hard to write? It seems like something you couldn’t keep from writing.

I wrote the story “After Everything” and sent it to my friend Robb Todd (who wrote Steal Me For Your Stories) and he said something like, “it’s good you’re writing about your relational crimes.” And that stuck with me. I had never thought of my interactions with women as crimes, but they were. I walked around with that idea on my mind for a day or so. Also, I had this little voice in my ear—my Gordon Lish voice—Gordon who has encouraged me to explore what he calls my “wound” and “go where the danger is.” So I thought to myself, what could be more dangerous than being honest about what I’ve done to women? I talked to another friend of mine and he told me that I needed to couch that experience in something an academic might understand, and that’s when I came up with the serial killer analogy.

Writing it was tough, because at some points I wanted to keep from telling the whole truth. In the end though I felt compelled to be honest. I know there are men like me out there. I know plenty. The difference between me and them is they will likely not be presented with the opportunity to consider their actions and motives. This is what I love about writing. It gives me a chance to think on the page. If ever there was writing as catharsis, Serial Killers was it. And yes, it was something I couldn’t keep from writing. I probably could’ve waited till later, but that experience was begging to be told. As far as being unapologetic, I don’t think you can write that kind of stuff and be a coward or a sycophant. I wanted to stand up, push my chest out, and give it to you straight, no chaser. I’m sure plenty of people don’t and won’t like it, but I would hope they at least respect it.

Your essay on Portland was eye opening. It’s not the Portland of Carrie Brownstein’s show, but you seem to love it. Is there a pretty clear divide there between the hipster lala land and the life you describe?

I’ve actually never seen that show. But what I can say is that the Portland I know and remember, doesn’t look anything like hipsterville. I remember it being the opposite. There weren’t any coffee shops and boutiques in my neighborhood; there was 9th Street Market (famous for Jack’s Chicken Wings and Quickmart, which hosted more than its fair share of shootouts). There weren’t any poodles or Yorkies being gallivanted around by white folks. There was maybe a mangy pit bull or something being tugged around on a chain. 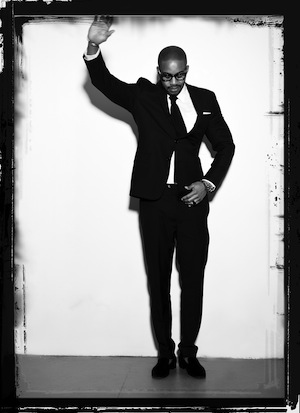 How’s this: my sophomore year in high school, I was coming home from one of my first varsity basketball games. I must’ve been a couple blocks from home and these dudes drove by in a car, leaned out the window, screamed what up blood! and let off a couple of shots. I was never in a gang, so I don’t think they were shooting at me, but rather horsing around. This insight was lost on me at the time, lost on my thrumming heart, too. That was the kind of Portland, I remember. Even if you weren’t in it, you were near enough to it or too close. I don’t know, it seems if you give some misdirected youngsters access to guns then things go terribly awry. And that’s what happened in the late 80’s and 90’s. It went from such and such got his ass whopped to such and such got shot. But I also don’t want to paint it like it was Gangland. Not everyone was into that. I grew up with a group of guys who all played basketball, who all went to college and had successful careers, who are all family men now, upstanding citizens. We had many good times together that didn’t involve a scene from Boyz in the Hood. But to my mind, that other world was always out there, ready to encroach.

So what do you attribute your success to? Does it have anything to do with the essay “Portrait of a Lifeguard,” which is a complex tribute to John Edgar Wideman?

Instead of success, maybe it should be called perseverance. Whatever it is, it absolutely has much to do with words. They saved my life, and I ain’t making no metaphor. I don’t know what I would do if I didn’t have an outlet, a voice. Writing was the first thing I decided to give all I had in me, plus those unbeknown reserves. And the great thing is, it gives back. Not financially, but I certainly experience a joy in the act of composing sentences. I surely feel excitement sharing what I’ve composed. But to be specific, yes, artists like Wideman have encouraged me, not only their work but learning of their acts of perseverance as well, people like Baldwin, Edward P. Jones. But it’s not limited to those of the same ethnicity or even strictly prose writers. I’ve been inspired by Gordon Lish, Jack Gilbert, Barry Hannah, my friend A. Van Jordan, Terrance Hayes, Amy Hempel, William Mathews (RIP), Denis Johnson, and on and on. I’ve recently begun reading Samuel Beckett—I know I’m late—and I feel weak by comparison, but also inspired to the hilt. Shoot, I don’t know if I answered the question. Let me say this: before I had a writer’s life, I didn’t have much of a life at all. To be true, in so many ways, I was a fucking cliche. Luckily my relationship with words, not to get all sappy, has given me a hope that’s missing in so many I know or know of, provided me with an opportunity to revise the cliche, and in the words of Ezra Pound “make it new.”