Catching Up on Some Good Reviews 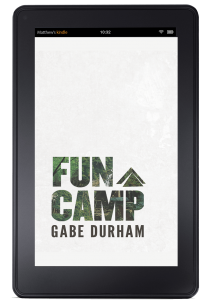 At The Baltimore Review, Seth Sawyers reviews Fun Camp by Gabe Durham. It’s always nice when a great review comes out a couple years after the book was published. It seems like the most authentic thing, to be moved to write about a book based on the enjoyment of reading it. What could be better than that? Sawyers writes:

Reading Gabe Durham’s Fun Camp is like listening to your smartest, funniest, cleverist (and sometimes weirdest) friends talk about, on top of, around, behind, inside of a single subject: a week-long summer camp for kids in their early teens. What tickles is Durham’s love of language, the playfulness of it, his love of its ability to pierce, to tease, to confound. It’s a very funny book. Durham seems like he’s probably a very funny person. 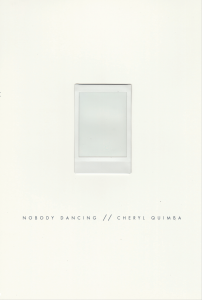 At The Quotidian Bee, read an excerpt from Cheryl Quimba’s poetry collection, Nobody Dancing, which came out this week. I love how elegant and invitingly this poem tells an ordinary story:

… Remember when Randy said you looked
like a Spaniel and you threw a tin can
at his head and he ducked but his ear got banged
anyway? You were

but later
you laughed and I pinched your forearm
like a kiss that would bruise. … 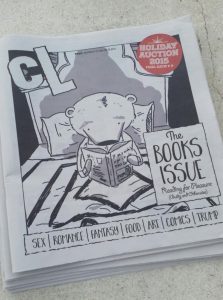 Creative Loafing interviewed Jarod Roselló about The Well-Dressed Bear Will (Never) Be Found. Shae Kripinski provides a great summary of the graphic novel, saying (correctly) that it “can be a quick, easy read, or a dense, deeply philosophical and political statement.” In the conversation that follows, it’s amazing as ever to read Jarod’s thoughts on things like cultural displacement and literature and the act of creating:

I write and I draw for different reasons. The joy of writing for me is in using language to make sense of something, to interpret, and make meaning, even if those meanings are temporary and qualified. When I draw, though, I tend to disrupt, to break apart, to move outward from experience and into imaginary and impossible spaces. For me, writing is an act of empowerment, and drawing is an act of freedom. 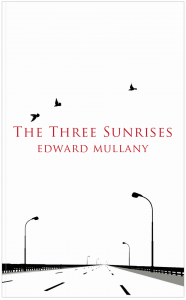 … the book, which consists of the three parts—“Legion,” “The Book of Numbers,” and “The Three Sunrises”—is oftentimes apocalyptic, each novella following a seemingly incessant, maddening loop, taking the reader on a journey that often ends in a quite a similar place as where it started. Mullany’s novellas, which read as prose poems, point to the banality of life. The novellas are funny—surprisingly so—as they are often relentless in the same breath.