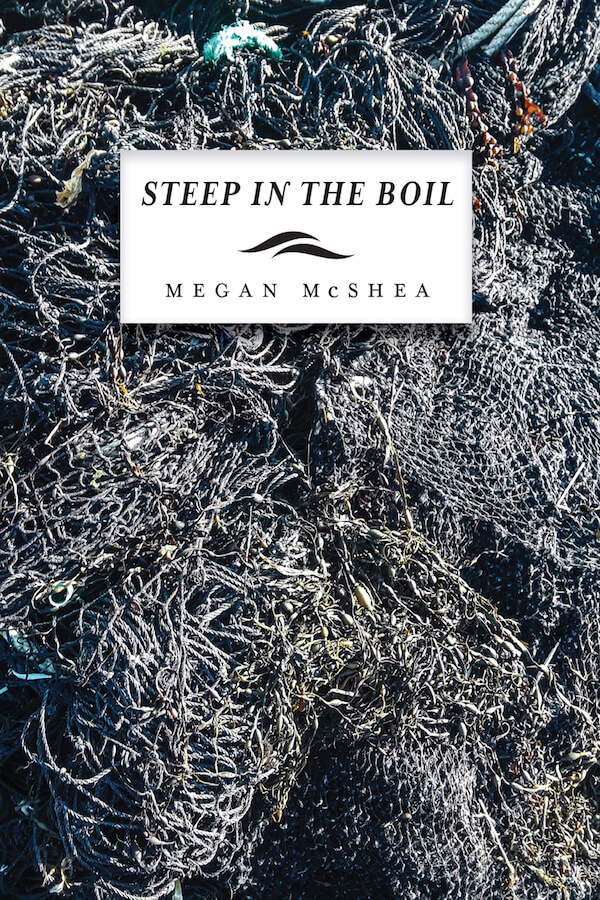 Steep in the Boil by Megan McShea

Culled from writings of an intense period of grief upon grief upon grief, Steep in the Boil is a deeply felt prose poetry memoir that rarely names its subject, which “hulks there, unwritten.” Its tonal, sometimes fragmented, sometimes narrative texts are more the exhaust of its author enduring, fortified by the mysterious consolations of language.

“The latest marvel from Megan McShea charts the gray spaces of grief, giving voice to feelings that so often remain mute. Its narratives and fragments are filled with moments that will steal your breath, capturing those times when ‘reason fell off the fence.’ Knowing wisdom is worthless, it instead offers companionship and tender attentions. Steep in the Boil is a book you’ll treasure, even if sadness hasn’t found you yet.” —Jeff Jackson, author of Destroy All Monsters

“Is love a poem that upon its loss, must be written as utter devastation, ruthless destruction, a terrifying appearance that simultaneous to its manifest of wound produces fresh (new but not renewed) desire and courage to go at it again? More than ever before? Well, if so, Steep in the Boil, written as a taxonomy in the form of a dense, breathy, tear-inducing mosaic divided in five parts, is love, is a heart-mind line for us grievers who, let’s be real, can’t read much anything else.” —Rachel Levitsky, author of The Story of My Accident is Ours