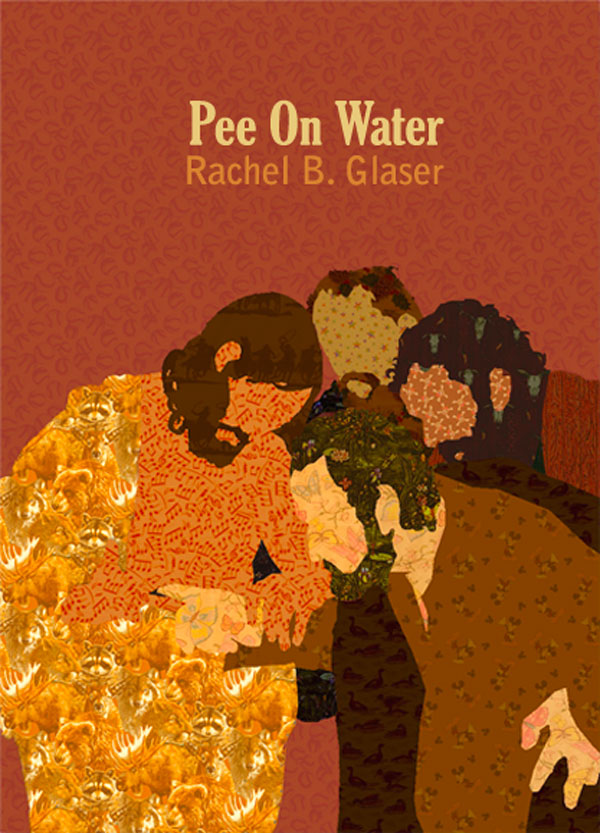 Pee On Water by Rachel B. Glaser

Pee On Water, the daring first book from Rachel B. Glaser, is a collection of thirteen short stories of vivid imagination and ecstatic language. The first story, called “The Magic Umbrella” reads like an umbrella popping open. It features a flaming stick that talks and a book that ruminates about its place on the shelf. The title story at the end journeys through all of known time, and everything in between runs the gamut. From video games, to the NBA, to 9/11 and HIV, to space travel gone bad, Glaser’s fearlessness makes impossible stories possible.

Rachel B. Glaser lives in Massachusetts.

“Rachel B. Glaser is a party of one — smart, zany, and grave. Her stories move like nobody else’s among the beguilements and sorrows of being alive. A terrific debut.”
—Noy Holland, author of What Begins with Bird

“These stories are often dazzling, but beneath the bright wit, the weirdness, and the extraordinary invention you will find heart, guts, and a striking intelligence.”
—Chris Bachelder, author of U.S.!