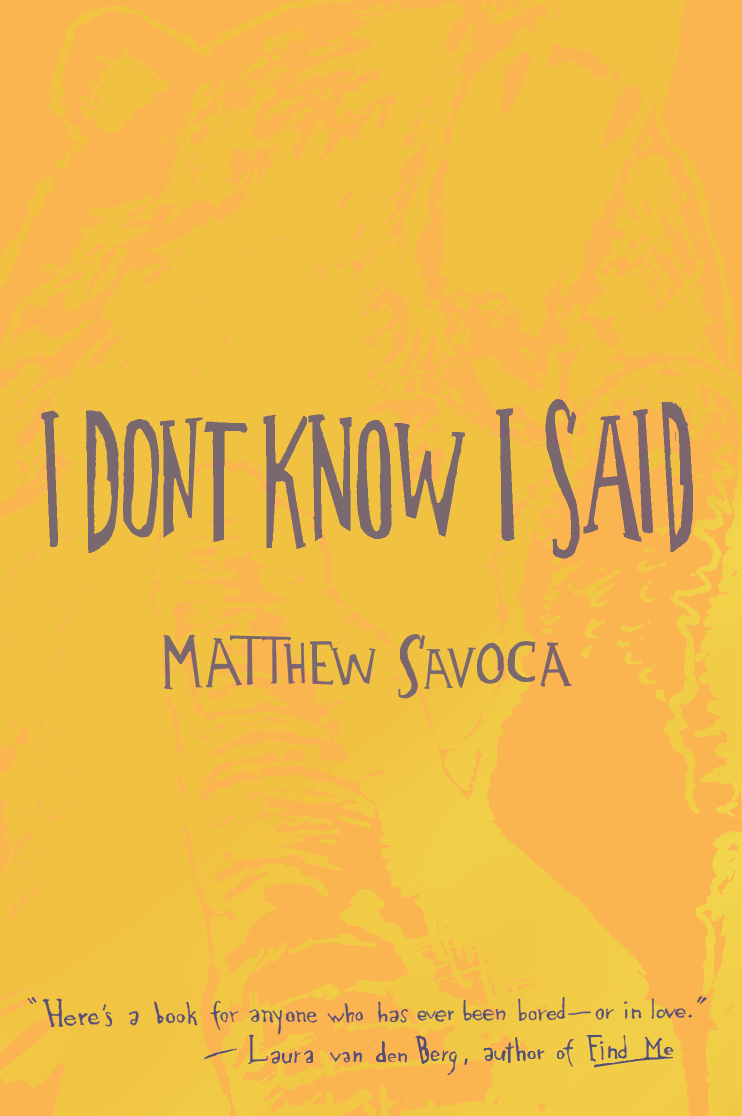 I Don’t Know I Said

Arthur and Carolina are young and in love. When Carolina is involved in a car accident, she receives $80,000—enough to send them on the road to explore their lives and love. As they travel America, they try to figure out what to do with themselves, and what they will do in the meantime. And what does it mean if they don’t know? For a story of wandering and waiting, this is a book with tremendous impact.

Told in quick chapters with breathtaking, often hilarious prose, I Don’t Know I Saidis a novel that follows in the footsteps of Hemingway’s The Sun Also Rises and Sheila Heti’s more recent How Should a Person Be?