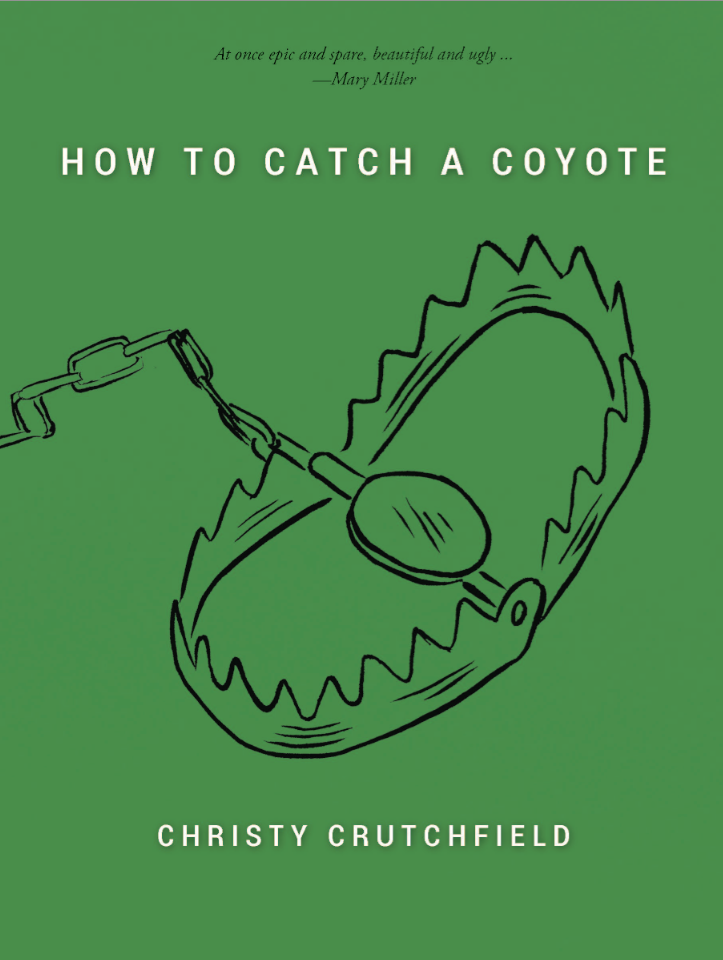 How to Catch a Coyote

“In the hands of a lesser writer, the conceit of How To Catch A Coyote might have been doomed to fail, but I never stopped being impressed by the vibrancy of the voices in these narratives, how the book shifts tones not only from character to character but from the different chronological points in characters’ lives.”

“Crutchfield methodically undermines each character’s reliability so that the truth seems out of the reader’s grasp. The work is stronger for it …”

“Subtle and wise, sparse and beautiful, gripping and evasive,How to Catch a Coyote is yet another winner from Publishing Genius, and a book I wholeheartedly recommend.”

“Lines such as ‘Daniel already has a girlfriend, and a nice girl knows when she’s not wanted in a room anymore’ exhibit the relentlessness of Crutchfield’s prose—prose that’s packed with small truths that resonate beyond the characters.”

Review at The Masters Review

“Seemingly harmless on the surface, the novel digs deep, illustrating Crutchfield’s aptitude for exposing the dark and once there, showing the light that exists within it.”

” … nifty time shifts and perspectives that create a great read.”

‘In “How It’s Supposed to Work,” Christy Crutchfield presents the struggle of a young man striving to be a “good boyfriend” while in the midst of the carnal desires that naturally assault when boys, young men, are faced with girls wearing summer skin, painted with freckles.’

Christy writes about food at The Next Best Book Blog

Welcome to Lafayette, North Carolina, where the coyotes are moving around at an alarming rate, where a sister simply needs “to move somewhere even as big as Raleigh to realize she’s not as special as they’re all encouraging her to be,” where a brother can’t make sense of his own life till he figures out what’s happened to his family. At once epic and spare, beautiful and ugly, Christy Crutchfield’s How to Catch a Coyote will make you question whether you ever knew the difference between a scavenger and a predator. —Mary Miller, author of The Last Days of California

Christy Crutchfield writes like she’s been alive for centuries—and not just alive, but taking notes. This book is wise in a way I’d almost forgotten books can be, as well as vivid and real and solid and sad. I read it, I loved it, and I hope that Crutchfield writes another one soon so I can read that, too. —Ben Loory, author of Stories for the Nighttime and Some for the Day

In Christy Crutchfield’s How to Catch a Coyote, a family tragedy happens and un-happens. A narrative unfolds, is denied, is reshaped. Each family member has a say. And then there is Daniel, who is a puzzle with pieces honed by that tragedy, by the saying and the un-saying. It’s his story that is actually being told here, the story of the storyteller. Crutchfield’s novel is also a puzzle; she’s masterfully cut the shapes and is letting the reader assemble the scape, and what a fantastic undertaking it proves to be. —Lindsay Hunter, author of Don’t Kiss Me