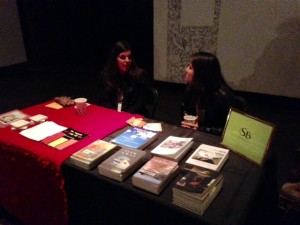 In Atlanta this weekend I attended The Letters Festival — three days of readings and discussions and a book fair (which fellow Atlanta-transplant Rebecca Weaver wrote about, too, in relation to the small press fest in Minneapolis). I set up a table for Publishing Genius books — the third time I’ve tabled in Atlanta in 5 months. It was great — Letters Fest blew the Decatur Book Festival out of the water in terms of great events, community feeling, and even book sales.

Scott Daughtridge and Stephanie Dowda ran a tight show and deserve a sustained and raucous round of applause for all the amazing writers and presses they brought in from around the country, as well as around the writing niches (Aaron Burch! CA Conrad! Leesa Cross-Smith! Lindsay Hunter! Morgan Parker! Jason Koo! The list goes on and on!). The programs didn’t just blend fiction and poetry, but there was a diversity of voices within each genre, too, even while they were all consistently excellent.

CA Conrad did a talk about his somatic exercises. Amy McDaniel and Bruce Covey read at an after party, and their poems were broadcast to a simultaneous event in Buenos Aries. Two Argentine poets also read and had their reading broadcast back to us. Pretty neat. We all received a zine of the work in both languages.

Another event I liked a lot was the panel that Gina Abelkop hosted about women in publishing. The panelists were brilliant.

On Saturday I led a poetry workshop where I talked about meaning. You can read the notes for that, which I titled “Not Elves Exactly,” here. I also got to read “Say Joke” to a loud room at Manuel’s pub at Saturday’s after party.

The main reading on Saturday night, though, featuring Jason Koo and Jamie Iredell and Morgan Parker and Lindsay Hunter, was the capstone of the event. It was one of the best readings I’ve ever seen, ever. And I’ve even seen all four of those readers before, but somehow the mood and the combination kicked it up a notch. 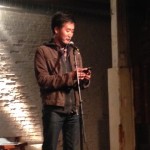 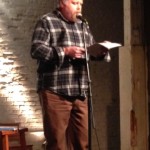 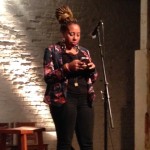 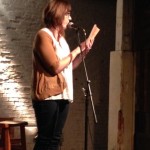 Lindsay Hunter read last, blisteringly fast but articulate, and after two pretty disturbing stories she ended by saying, “Thanks a lot and I’m sorry” as she dashed off the stage. Best mic drop of the year. I went immediately back to the book fair and picked up a copy of her new novel, Ugly Girls, which came out on Tuesday. I can’t wait to start reading it tonight. I think it’s a “take the rest of the day off” book.

I am enthusiastic about Letters Fest, and can’t wait for 2015. Everyone should plan to attend, even if you don’t live near Atlanta. Make it one of next year’s destinations.